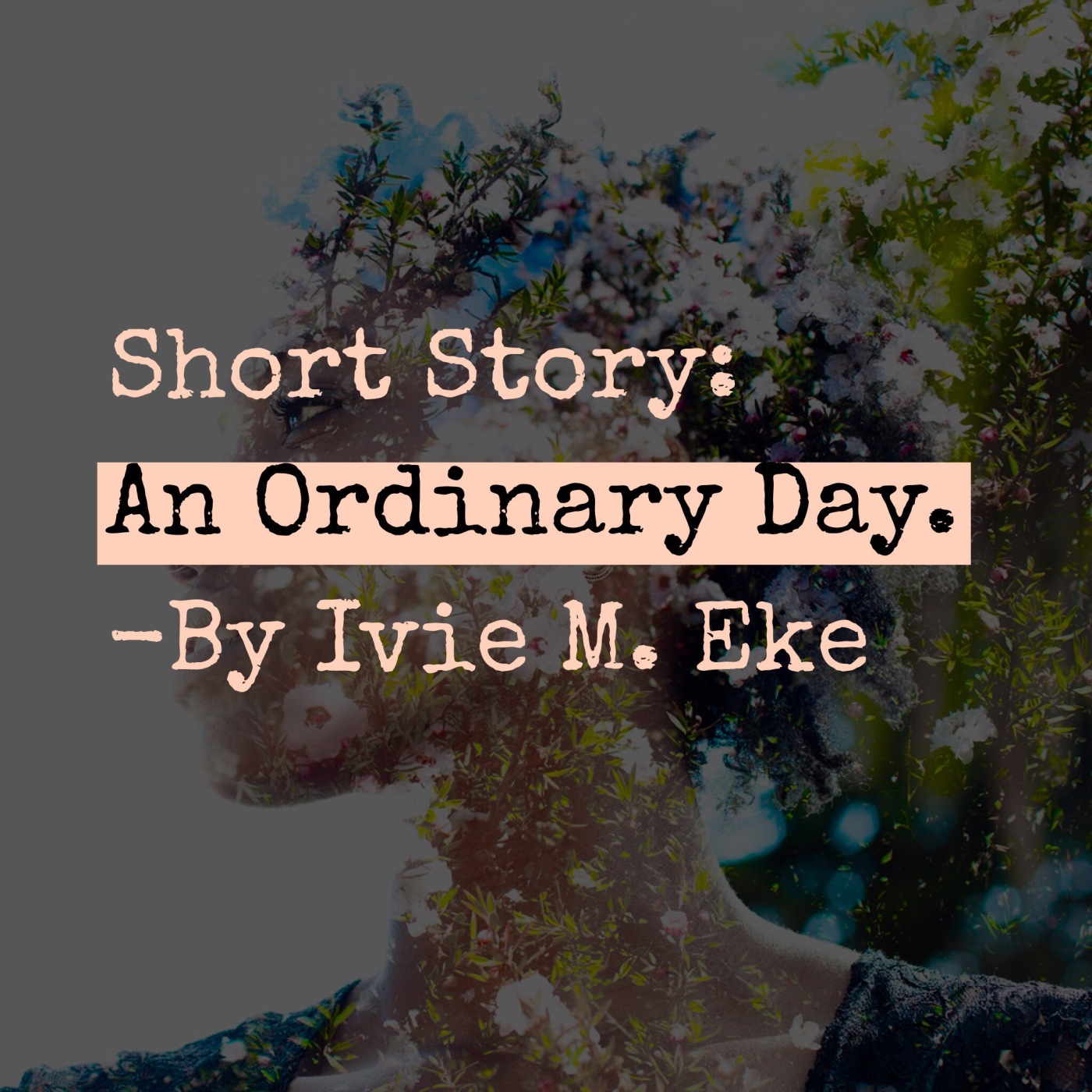 Mildred looked up from sweeping the sitting room to watch the forced banter on yet another American Talk Show. The four women on the show’s panel were of varying ethnic backgrounds. The show’s producers were obviously pandering to all sorts of demographics, she mused.

She listened for a while as the women talked over each other on the topic of spousal cheating. She eventually got bored and put the TV on mute. Watching the women gesturing wildly with no accompanying sounds amused her immensely.

Mildred finished sweeping the living room and began to mop the floor; this was her usual Saturday morning ritual. She loved the brown floor tiles which resembled wooden boards and she whistled tunelessly as she completed her chore.

She was happy that there was power that morning, so she could put on the ceiling fan as she worked. Even then, the Abuja heat still prevailed, and before long her shorts and grey T-shirt were soaked with sweat.

Mildred suddenly heard her phone ringing from where it was plugged in the kitchen. She removed her patterned scarf from her head and used it to dab at the sweat on her forehead, before shoving it into her pocket. She then picked up the mop and bucket and got to the kitchen just as the phone stopped ringing.

The display on the phone’s screen showed ‘one missed call from Mrs. B.’

It was her Mother-in-Law.

The phone suddenly began to ring again, startling her. She answered it on its third ring.

There was a slight pause. To Chief Mrs. Busayo, her daughter-in-law saying ‘Hi, Ma’ instead of ‘Good Morning, Ma’ was an offense almost equivalent to murder.

‘Mildred. Where is my son? I have been trying to reach him but he is not answering his phone’.

‘Oh, really? Well, Dotun is somewhere in the house, Ma. I will ask him to call you back’.

There was a muffled sound from upstairs which Mildred ignored.

Chief Mrs. Busayo muttered something in Yoruba about poorly brought-up children and Mildred smiled but said nothing. She was Igbo but she actually understood Yoruba very well, a fact which her Mother-in-Law was oblivious to.

Suddenly losing interest in the conversation, Mildred shouted ‘Bye!’ and ended the call while her mother-in-law was still talking. The thought of the shock on the woman’s face tickled Mildred deep in her stomach, and she did a small dance to mark the moment.

When she was tired of dancing, she switched off her phone. She then cleaned the surfaces in the kitchen and decided that it was time for her breakfast. It was almost 10am now; just the right time for an indulgent meal, she thought.

Mildred decided that she wanted scrambled eggs, and proceeded to prepare the meal. She used the electric side of the cooker since the gods of electricity had blessed her that morning with some power. Gas was getting too expensive for her liking.

When she was done with her cooking, she dished the eggs onto a white plate and placed it on a green tray. She placed a fork on the tray, aligning it so that it was perfectly parallel to the plate. She then poured herself a glass of orange juice and added it to the tray.

The house was quiet, with just the hum of the refrigerator and the deep freezer piercing through her thoughts.

Satisfied that the kitchen was tidy, Mildred picked up her tray and carried it upstairs to her bedroom, balancing the tray on her waist as she opened and closed the door.

She walked to the bed, stepping over her husband who was lying face down on the floor, unconscious. She noticed the white mug on the floor beside him, now empty and lying on its side.

She was impressed that the mug had not cracked when it fell.

Mildred stared at Dotun, intrigued that even though he was well over six feet tall, he now seemed shrunken in her eyes from where she sat. He looked so small lying there in his singlet and boxer shorts.

‘Your mother said you should call her as soon as possible’, Mildred informed him, though she was not really expecting a response.

She picked up her fork and began to eat her breakfast, savouring the tastiness of her meal.

The bedroom was fragrant with the smell of scrambled eggs.

Thanks for reading-I appreciate all your likes and comments! Don't be shy; please share!

Start a Blog at WordPress.com.